The Irish very much have Viking DNA embedded in them, we know this from clues in place names, street names, ruins and artefacts, but today we are exploring the clues in surnames, specifically Irish Viking surnames that have come about from the Viking invasion and subsequent settlement in Ireland.

In Scandinavia, in the Viking age, it was common knowledge that the family name was formed by taking the first name of the natural father and adding sen, son, sson, søn, datter, dotter, or dottir to it. This was a system called patronymics.

Mostly children were named after their father, but occasionally it was their mother too.  An interesting fact to know too is that people of the Viking Age would also often have a descriptive name, for example two of the Earls of Orkney in Scotland were known as Sigurd the Stout and Thorfill Skullsplitter! 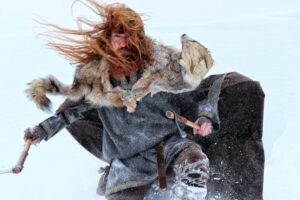 So how did surnames happen in Ireland?

In Ireland, surnames became popular too as people wanted to show off their extended families.

Similar to Scandinavia, surnames were structured as either “son of a given name” (Mac) or “descendant of a given name (O). Many of the given names of Norse/Viking origin worked their way into a number of surnames that we consider Irish today with some that are some that are still in use, what you could call Irish Viking surnames.

This could be a result of the Vikings interacting with the Irish, perhaps coining the phrase, the Vikings becoming more Irish than the Irish themselves.

What are those Irish Viking surnames?

So, how do you know if you have Viking ancestry? What Irish Viking surnames today have Viking heritage?

Some examples of Irish Viking surnames are;

Lets explore these a bit more.

McAuliff was the ‘Son of Olaf’, Olaf, who was the first Viking king of Dublin arriving in 841, and who coincidentally you can learn all about in Dublinia. 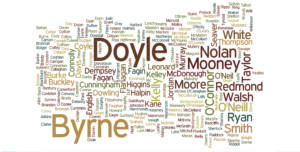 O’Loughlin and Higgins both come straight from words meaning literally ‘Viking’, Lochlann in Irish and Uigínn, an Irish version of the Norse Vikinger.

Doyle (Ó Dubhghaill) from dubh meaning dark in Irish and gall meaning foreigner, this was what the first Vikings in Ireland were described as looking like, but also thought to tell apart the Norwegian Vikings from the Danish Vikings, the darker-haired Danes from fair-haired Norwegians.

It wasn’t just in Ireland that Irish families believed they had Viking ancestry through their surnames. The Vikings traveled all over, so thousands of us could be descendants of the Vikings and especially so if your surname ends in ‘son’, according to experts.

A survey from the History Channel also found that of 2000 people, 56% of those wished for Viking ancestry!

In the UK, the regions with the highest number of Viking surnames are Shetland, Orkney and Caithness, in Scotland, much higher than in Ireland.

It’s not just about a surname though, the Vikings left more than that here, they left it in our street names, the cities that they founded, and the legacy that they have left behind. 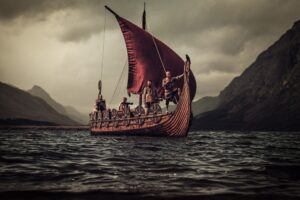 If you want to learn more about the Vikings or your possible Viking heritage, then Dublinia Viking Museum offers Group Tours, Education Facilities and even Training courses on Cultural & Heritage studies. Plan your visit today, or get in touch with us and one of our Viking experts will contact you directly!