When we hear the word Viking, it often brings to mind huge burly vicious men who brought havoc to the foreign lands they plundered, some did, but mostly Vikings were actually just pretty ordinary people who lived their lives just like us, although without our modern-day comforts.  Given the relevancy to our current climate, we all know the hygiene and health is so important so, with that, we have decided to take a look at what kind of health the Viking people of Dublin were in, their hygiene, diet, but also what beauty measures they followed. 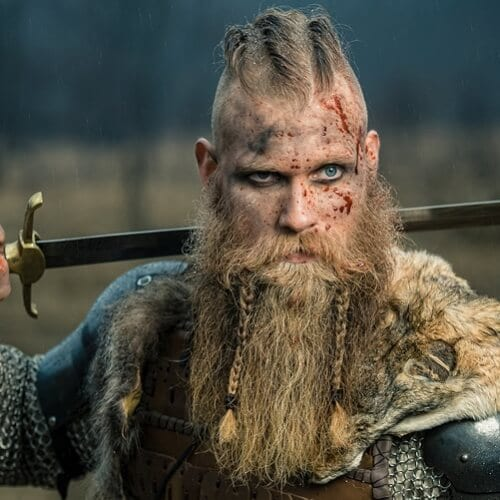 Overall the average male life expectancy in Europe was into the early 30’s. Viking warriors were young men likely to die in battle, however, they were also very very fit. Fighting on foot, or onboard a Viking ship or any kind of moving vessel required agility, almost like that of a boxer, and they often carried a heavy weapon like a sword at the same time. While the greatest risk to a woman’s health at the time was childbirth.

There was little or no obesity partly because of regular physical activity, being a warrior, chopping wood, fishing, all in turn involved a great workout each day.  The absence of any refined sugar in people’s diet meant that dental caries was comparatively rare, and let’s face it, who would want to visit a Viking dentist!!.  You didn’t get away with much as a child either, in Dublinia, we display the skeletal remains of a Viking warrior found on South Great Georges Street in Dublin, who we affectionately call Gunnar. Gunnar died in the prime of his life but he had serious back problems possibly caused by heavy labour in childhood!

Keeping apart, or social distancing as we call it today, from others was impossible, especially in a typical Viking house. Everyone slept in the same room together with no electricity or light, just a small hole in the roof to let the smoke from the fire go out.  Animals lived in the house too, in a byre at one end of the house, no doubt making for a lovely wafting aroma! This is probably why the Vikings liked to spend a lot of time outdoors, inside was just too dark, smelly, and dirty!! 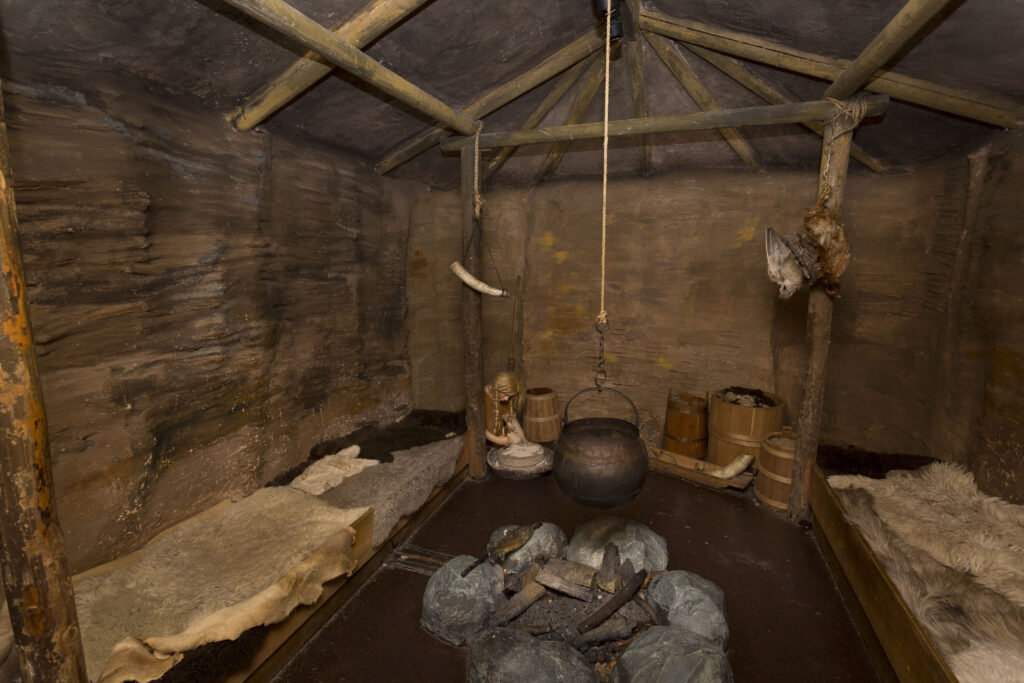 It was also was impossible to heat large quantities of hot water, so there was not much washing of bedding, clothes or your body! People were obviously prone to fleas and lice because of these living conditions. Waste disposal was a constant problem. Animals and humans were sources of waste material so it had to be carefully managed to avoid disease, therefore other solutions for waste had to be found in crowded towns like Dublin. Cesspits, built in the back garden of a property may have contained some sort of a commode that it ‘contents’ could be emptied into after. Moss, and other soft vegetable matter, were even used as toilet paper too.

The Viking diet was healthy and fresh and tended to reflect the rural economy. It was not a time to worry about the fat content of food like some people do today, they needed all the energy that they could get in the form of fat, especially in winter. Meat, fish, vegetables, cereals and milk products were all an important part of their diet. Sweet food was consumed in the form of berries, fruit and honey and archaeological evidence has found that there was a large consumption of apples, bilberries, blackberries and sloes in Dublin.  90% of meat came from cattle brought in from farms in the surrounding countryside, however, fish was also eaten with Dublin being so close to the river. They also grew barley, oats and rye.  The most common alcoholic drink was ale, made from barley however it lacked the hops that flavour beer so it probably didn’t really taste that good. If that was too much effort, Mead was also simply made from fermenting a mixture of honey and water. Skol!

On television Viking style includes hair adorned with braids and beads, eyes covered in warrior’s kohl, and faces marked by battle scars. We imagine them as a fearful race, how much of it is really true, however. We know that most took a bath every Saturday, brushed their hair and dressed very smartly, so they must have been very popular with the ladies in the lands that they arrived in. The comb was an important item for grooming hair and beards. Many Vikings had their own combs, nail cleaners and even tweezers. One archaeologist has even suggested that due to the number of combs found in Dublin excavations, that they might have been used as a form of currency, either that or Dublin Vikings were just very proud of their hair!  Viking women’s hair was also well kept. It was typically long and could be attractively styled. We can see this on small silver and bronze figures found.  Men and women used also supposedly used make-up too. An Arab traveller to Denmark at the time noted that the Vikings wore make-up to make themselves look younger and more beautiful, in particular eye kohl. So who knows, maybe the Vikings of Dublin did the same.

Dublinia has lots of exciting events coming your way in 2022! We’ll have our favourites, Viking weapons, Cooking medieval style as well as a few new surprises!! Full schedule arriving soon.